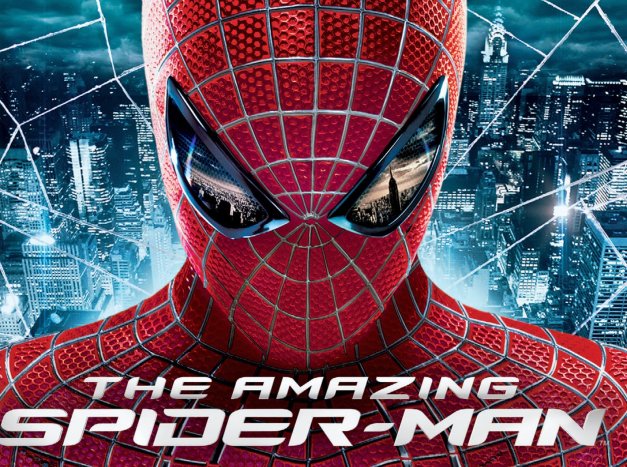 Before getting to the amazing Spiderman review my reaction was this: What another Spiderman!?! Didn’t they just put one out a few years ago? All new actors, villains and story? There’s no need to make another one. Tobey Maguire did a pretty good job didn’t he, (this statement is based on Spiderman 3 never existing). Those movie studios are just greedy. They should wait at least 10 years before making another.

Starting Review and Story of The Amazing Spiderman

That about sums up most people thoughts when they first announced The Amazing Spiderman. I didn’t care, I was just extremely excited for more Spiderman. Growing up, Spiderman has always been my favorite superhero. But just because he’s my favorite doesn’t qualify him for a reboot.

Fortunately that wasn’t the only reason. I won’t go into all the details(the link at the bottom of this paragraph has more info), but they had some good reasons for rebooting the series. In 2000 the main reason was that, marvel was getting ready and they launched an ultimate comic book called “Ultimate Marvel” and the book was about ultimate Spiderman and ultimate X-Men. They wanted to modernize the series and this is what the new movie is based on.

Although the story is different than the original it still has a lot of similarities and familiar characters. I’ll give a brief rundown of the story but I won’t go into too much detail. Our main goal at LTBM is to examine the moral/spiritual situations in movies. My plan is to give a brief overview of the movie, make some moral/spiritual application and give you my opinion of the movie overall.

This isn’t just a story about someone who gains some superpowers and beats up bad guys. Although those two things happen, that’s just the fluff of the story. This is about a boy trying to figure out who he is, where he came from, and who he’s going to become. It’s about a boy that gains abilities and powers, who then has to make the decision of what to do with them. It’s about choice and responsibility.

As the story begins, it’s a rainy night, Peter Parker(Andrew Garfield) is playing hide and go seek in his families home. He walks into his father’s office, a window is broken and papers are strewn about. His father immediately starts gathering up his work and they leave. His parents take him to his Aunt(Sally Field) and Uncle’s(Martin Sheen) house and explain that they have to go away for a little while, but they will come back.

The movie then jumps forward, Peter is a high school nerd. He enjoys taking pictures, skateboarding, and getting picked on by bullies. We are quickly introduced to Gwen Stacy(Emma Stone), the smartest girl in his class and his soon to be crush.

He came to find a suspicious brief case that was of his fathers, now he knows why his parents left and what’s his quest, which leads him directly to Oscorp and the lab of Dr Curt Connors(Rhys Ifans), his father’s former partner. He finds out that his father and Dr. Connors worked on cross species genetics, with the goal to cure mankind of illness and deformities. While exploring Oscorp, he happens upon a laboratory full of genetically modified spiders and it’s at this point that he is bitten, gains his powers and the real story begins.

One of the reasons I really like this movie is because it is full of moral applications. Aside from Peter, my favorite character from this story is Uncle Ben. He is an outstanding father figure and moral compass. Throughout the movie he is giving advice and trying to teach Peter important character traits. He doesn’t just tell him how to live, but he also shows him in his own actions and choices.

One of the big moral issues that Peter Parker faces is that of revenge. Very soon after Peter gains his superpowers, his Uncle is shot and killed in a tussle with a thief. In the midst of his anger he searches for the killer, in order to exact his revenge. It’s at this time that Peter develops the reputation of a vigilante,by stopping small crimes and beating up thugs. Despite this, he still thinks it’s fine that he’s taking the law into his own hands.

Although most of us can’t relate to this exact situation, we all deal with people on a daily basis. And we as people tend to intentionally or unintentionally wrong each other. When that happens, it’s almost second nature to lash out and get back at the person who just wronged us.

To carry out our own vengeance. But as christians we have to fight against our own emotions and desires and give our anger and frustrations over to God. We have to trust in His justice. It’s not our job, it’s God’s. It’s our job to love and forgive.

Although the sayings origin can be traced back further than Stan Lee, it’s partially due to the Spiderman series that this saying is so well known. They change up the saying a little for this movie.

You are quite alot like your dad, you really are like him peter and that is a good thing.

This is one of the most important moral applications of the movie. At this point he(peter) has to decide tat how will or how was he going to use his powers. For his personal gain or to help others. As we all know he makes the right choice. Although none of us have superpowers, we have all been blessed by God with all sorts of things; abilities, talents, jobs, money, family, and on and on…

This idea of moral responsibility is something that our society has all but forgotten. When we see something that needs to done and we have the ability to take care of it, we need to have the moral courage to take action. What will you do your blessings? Keep them for yourself or use them to help others?

If you can’t tell yet, I really like this movie. Andrew Garfield does an awesome job as Peter Parker. He’s quite a lot nerdy, and funny, and full of sarcasm, exactly how Spiderman should be. Along with having spiderman powers but he also builds his equipment.

So he’s basically a combination of Superman and Batman, only better! I like the way they tell you the story. He’s not just some random guy bitten by a spider, the story is much more involved. Although not fully explained yet, his fathers research has ultimately lead to him gaining super powers. By the end of the movie, we still don’t know how any of this ties together or what became of his parents.

The goal of this movie was to establish his back history and get the story rolling and it does an excellent job at both. With that said, this is the first of 4 movies, which will tell the rest of the story. I for one can’t wait till next the movie, which is slated for May 2, 2014 and will feature Electro and the Rhino as the villains.